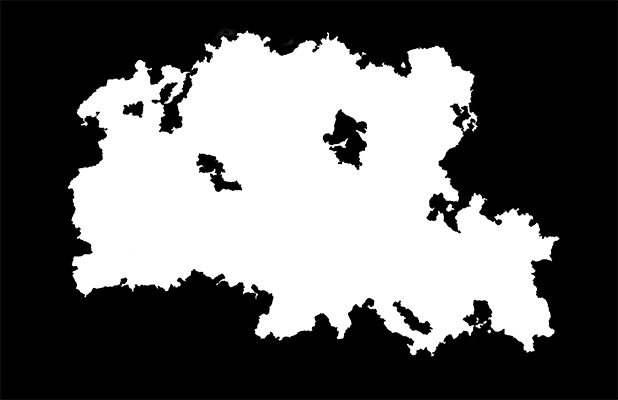 I’ve posted a couple of times about developing a sandbox setting for D&D 5E (Part 1, Part 2), and this week I’m going to expand on the climates, terrain, and monster selection.

As my sandbox is an island, and it’s not so large as to be a full continent, there is a limit to the different climates that I can realistically include. I’ve decided that this island sits in the northern waters of the world, and so climate reflects this.

The island itself is slightly larger than the Northwest Territories in Canada—the surface area is approximately 916,249 square miles (1,474,560 square kilometers). So this gives me some room to work with.

Using the Köppen climate classification types to describe the island, the southern and middle portions of the island are subarctic climate, the northern portion of the island is polar tundra, and the higher elevations are dry-summer subarctic. 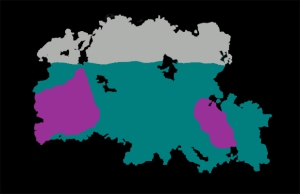 This has a direct influence on both the terrain types I will use and the monsters I plan to include.

So applying these terrain types to the island based on the climate I’ve chosen, I get the following:

So I have my climate, and this affects the terrain types to include on the island. And now I have to select my monsters.

Of the other monster types, these will be selected on a case-by-case basis:

Now I’m in the process of creating specific regions on the island. A region can be as small as one hex, or as large as I need it to be. A particular forest will usually be a single region, and a region could include an entire mountain range or just a single mountain, depending on its relationship to the surrounding terrain.

From the moment the PCs leave the main town, they will move from one region to another as they explore the island. Each region will usually have a noticeable boundary (such as the edge of a forest into a grassland, or crossing a river into a new area), though some may have large transition areas as regions overlap for some miles.

In some cases, the regions may be defined by the monsters themselves. For example, if I choose to include a colony of ettercaps, they may take over part of a larger forest. While the forest itself could be a single region, it would generally make more sense for the spider-infested area to be a single region, with the regular portion of the forest a neighboring region.

For this reason, the development of regions and the placing of monsters basically goes hand-in-hand.

And, of course, once the regions are developed, each one will get its own set of random encounter tables, reflecting the creatures that could be found in that particular region.

Each region will also have at one set piece encounter, and probably a few. These are locations that do not change and are not random. For example, a goblin lair where a particular goblin tribe lives would be a set piece encounter, with a map of the lair and description of the tribe and its members.

Not all set piece encounters will necessarily include monsters, of course. When exploring a hex, there will be interesting things to find that won’t always lead to a fight, or even interaction with living (or undead) creatures.

But this the final, and longest, step in developing the sandbox and will take some time to do.

I’ve been picking away at this setting here and there as I work on other projects, so it’s not moving terribly quickly. I hope, though, that my thoughts here provide some insight into the development of such a sandbox setting.

I’ve already started planning out the regions and marking them on the island map, and I’ve created a couple of the hexes in the first region. The next time I update this project here I will include some of the developed regions and a couple of completed hexes so you can see how I will present the information for use when running the game.