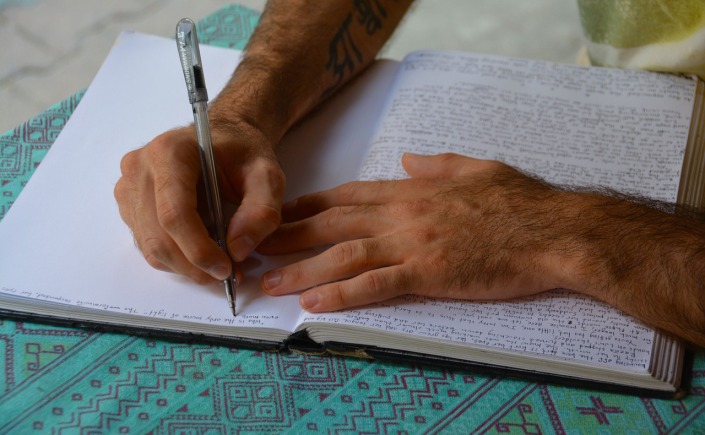 There’s been a bunch of conversations happening online recently focusing on book reviews, and the necessity of having good reviews for writers to reach any kind of critical mass in readership that allows a book (or book series) to take off.

It’s certainly true that having a bunch of good reviews for a book will encourage other readers to give it a chance. As long as the marketing blurb is also good. And the cover. And the actual writing in the sample chapter.

It seems to be true that many readers rely on reviews to determine if a book is worth buying and reading. There’s certainly an overlap between books with large numbers of positive reviews and those that sell well.

But, from a writer’s perspective, reviews are a funny thing.

I was thrilled when I got my first positive review. It was from someone I didn’t know (which meant it wasn’t just one of my friends being nice), and I was very happy that an individual out there in the world had gotten some pleasure from something I had created.

I got a few other reviews, and they were also generally positive. And since I hadn’t gotten enough actual reviews to make it impossible to follow, I would usually check out each new review as I became aware of it.

And then I got my first negative review. I read it, chuckled, showed it to my wife and said “I’ve got one!” It was a 1-star review and it pulled no punches on explaining that I had no ability to set a scene or tell a good story.

Apparently, getting a negative review is a big deal to many writers, especially to indie writers. Negative reviews are seen as an indication that there is something wrong with the book, something big and terrible that can’t be ignored. Something that needs to be fixed.

Now, negative reviews might occasionally help you…if you’ve got a bunch of reviews that tell you that readers liked your book but almost didn’t buy it because of your ugly, unprofessional-looking cover, then maybe you should consider your options. After all, even the big publishers change book covers on a regular basis to appeal to different regional markets or just to refresh interest in a book.

But that has nothing to do with being a writer.

The hardest part for any artist is to reach a point in which he or she determines that any particular piece of art is finished. I’ve spoken to many artists in many different mediums, and knowing when it’s time to stop fiddling with a piece of art (regardless of its form) and put it out there for public consumption is something with which we all struggle.

And then the dreaded 1-star review comes out and the artist thinks, “maybe if I had spent another few weeks tweaking Chapter 3, or deepening the motivation of my villain, then people might like it.”

But the reality is that no book is going to make everyone happy. Every book gets a 1-star review eventually, assuming that people read it.

Here are some actual 1-star reviews that I found on Amazon, to show you what I’m talking about.

“I can understand why it was not popular in its time. What I can’t understand is how it ever became popular. It is simply a turgid, unreadable slog.”

“I really couldn’t stand this book. Long and drawn out. Same points over and over. I love reading and honestly have to say was incredibly hard to force myself to pick it up.”

“It’s like a book to read to say you read it. Love his other stuff. This is crap.”

“The characters were so pedictable [sic].”

“What a waste of my time! I could have been infinitely more culturally enlightened by watching Sanford and Sons sitcom reruns, I’m sure of it.”

“The book just did not hold my interest. I do not have time for self-pitying, whining, or lack of motivation, even in fictional character.”

“You get the author’s message in the first chapter, and he spends the rest of the book beating you over the head with it.”

“When people gloat about finishing the whole thing, you know it’s bad.”

“The taste I walked away with is that the work, at its best point, is a half-baked religious-political-science concoction. It is undoubtably, the most arbitrary book I’ve ever read.”

This next one makes me laugh out loud…

“I feel like it was the base for fan fiction because there were so many holes to fill.”

“Very slow character and plot development and too many useless details. Gave up.”

1-star review of A Wizard of Earthsea

Yes, I’m having some fun here. For every one of those 1-star reviews, there are hundreds—in some cases, thousands—of 4-star and 5-star reviews.

But that’s my point. No matter how beloved a book might be, whether it’s a new genre novel or a “literary classic,” there are people out there who are going to hate it.

As a writer, as an artist, there is only one thing to do. Finish the book, the painting, the drawing, the photo, the sculpture, or whatever it is you do, and put it out there. And then get working on your next piece.

Let readers worry about reviews. Artists need to focus on their art.